The Diana Muldaur Fund made its debut at the first annual SOAR Aire Affaire on May 1, 2010. Attendees watched a PowerPoint showing Rowan’s story…an Airedale with a medical issue illustrating what the Diana Muldaur Fund is designed to assist with. This was followed by a message from Diana that explained a little more about the Fund and her reasons for supporting it. After the presentations, attendees donated $3,750 to start the Fund. Rowan was our guest of honor and got to greet attendees…healthy and happy. What a testimonial!

For you Trekkies out there, you will remember Diana Muldaur as Dr. Pulaski in Star Trek: The Next Generation. What you may not know is that Diana is also an Airedale breeder and has actively participated in Airedale rescue for many years. When SOAR asked if she would lend her name to a fund for SOAR and for rescue, she was more than happy to do so. The Diana Muldaur Fund was born.

The Diana Muldaur Fund is charged with assisting rescue Airedales in need of those “expected unexpected” veterinary expenses that we all know too well in rescue. Airedales who are heartworm positive and need to undergo heartworm treatment, Airedales with hip dysplasia who need surgical intervention, and Airedales like Rowan, who had a severe infection from rotten teeth which needed to be extracted are just a few examples of how the Diana Muldaur Fund will benefit rescue Airedales of the future. 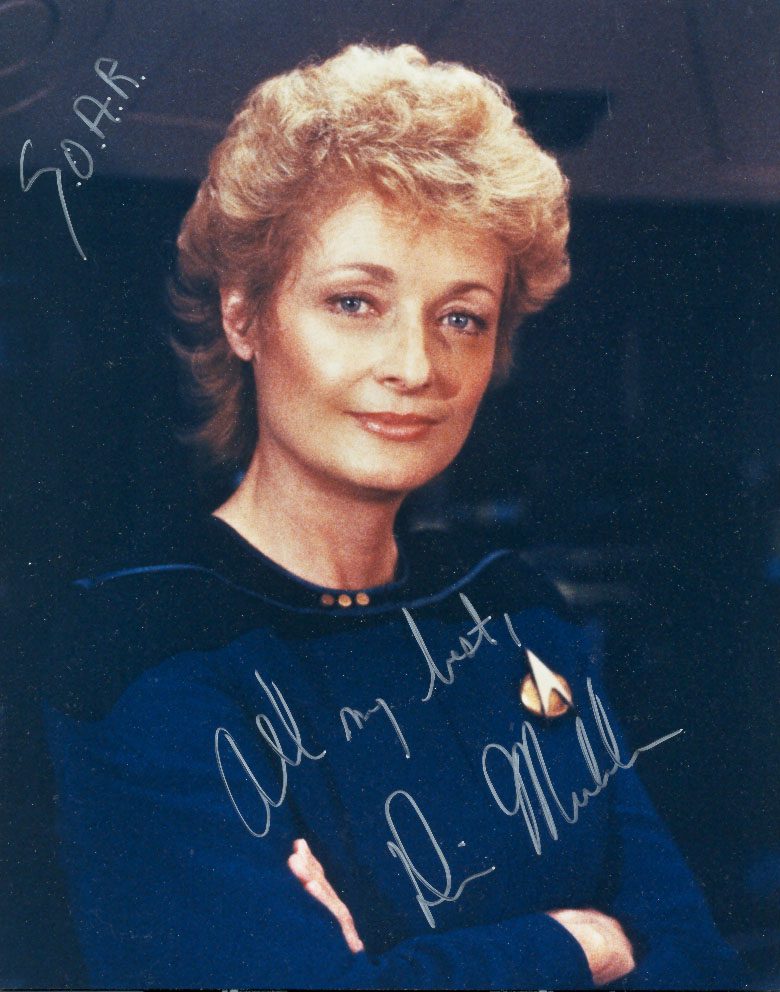 We have set up a Diana Muldaur Fund e-newsletter so donors and supporters can follow the stories of the rescue Airedales assisted by the fund. If you have not already signed up for this e-newsletter (or any of our others), you can do so by using the “Subscribe Now” module in the lower left sidebar of our Website.

Donate to the Diana Muldaur Fund